Seismic acquisition is frequently being conducted in areas with extensive infrastructure as well as numerous environmental restrictions. Although some restrictions to seismic acquisition affect both sources and receivers, receivers are generally unencumbered due to their relatively small environmental footprint and ease of deployment. Accordingly, receiver infill stations can be used in place of source stations or in conjunction with source repositioning in order to mitigate the effects of a restriction. New cabled and cable-free technologies make the implementation of receiver infill stations easier and increasingly more cost effective and, as a result, their use is becoming more common place within the seismic data acquisition industry. The benefits of receiver infill stations are presented in the following case study based on a recently acquired 3D program in Southern Alberta.

Offset limited fold plots for the four scenarios shown in Figure 1 illustrate differences in fold distribution depending on the location and type of infill station used (Fig. 2 & 3). Examination of the offset limited fold plots for near offsets (0-500m) and target offsets (0-1000m) indicate that receiver infill stations within the restriction result in less fold disturbance and an increased number of near offsets than repositioned sources.

The resulting difference in fold from the theoretical distribution is shown in Figure 4. Bins with an increased fold contribution relative to theoretical are shown as red for +1 fold and dark red for +2 fold; bins with lower fold than theoretical are coloured blue for -1 fold and yellow for -2 fold; fold neutral bins are white. Both scenarios C and D, which use receiver infill stations, have a distinctly better distribution than scenarios A and B, which use source repositioning.

The following case study demonstrates the effectiveness of using receiver infill stations to mitigate source restrictions. The Explor Alberta Bakken 3D was acquired by SAExploration in the fall of 2011 encompassing 481km² of land southwest of Lethbridge, Alberta. Parameters chosen to image the target were a source line interval of 300m, a receiver line interval of 240m, and a station interval of 60m for both sources and receivers. To acquire offsets of interest, a patch of 22 lines by 120 stations was recommended resulting in in-line offsets of 3600m and cross line offsets of 2640m. The parameters produce an average fold of 132 and a trace density of 146,667 traces/km² (Table 1). The program was acquired with a blended source of both Vibroseis and dynamite. Given the complex array of restrictions within the program and the operational efficiencies of a nodal (cableless) receiver, the decision was made to use a Fairfield Nodal ZLand receiver system.

Prior to the start of field operations, the theoretical parameters were remodeled using high resolution imagery and LiDAR 15 datasets to avoid known restrictions such as waterways, steep slopes and areas of operational difficulties. As a result of the pre-field modeling, the use of receiver infill lines to mitigate restrictions was planned prior to the start of data acquisition. During the field operations, seismic restrictions such as power lines, pipelines, and sensitive environmental areas were mapped by the survey company, and the applicable buffers/set-back distances were applied. This additional information was incorporated into the restriction model and further source repositioning and receiver infill stations were proposed.

Two areas with complex arrangements of restrictions that prevented deployment of sources in their theoretical location have been chosen for review (Fig. 9). Area 1 is located along the banks of the Milk River, with a 45m set-back from the high water mark, significant slopes, ferruginous hawk nests, springs, and other stakeholder considerations. Area 2 has pronounced development, with concrete structures, water wells, pipelines, and a wet, low-lying area that was in accessible for either type of source.

Through the application of source positioning guidelines, consultations with the client and iterative review of alternative station locations, a revised surface model was developed. The purpose of this model was to determine the effect the restrictions would have on trace distribution and maintain theoretical fold, azimuth, and offset distributions while minimizing disturbances. Despite optimal source repositioning, the large size of some restrictions resulted in lower fold than was acceptable, and in some cases (Area 1), resulted in several bins without any traces at offsets of interest (Fig. 10). In order to meet interpretive objectives, further effort was required to address the disparity from theoretical.

In order to mitigate the gaps in low fold areas observed in Figure 9, receiver infill stations were proposed and approved. Figures 12 and 13 illustrate the improvement in fold distribution obtained from the addition of receiver infill lines within Area 1 and Area 2. For operational reasons, deployment of the stations was parallel to the line orientation. Neither the restrictions nor the steep slopes along the river prevent receiver deployment, and the survey and recording crews could easily deploy the stations in the recommended locations.

As seismic programs are acquired in more developed areas with greater amounts of infrastructure, acquiring correctly sampled data becomes increasingly difficult. Even with optimal source repositioning around a restriction, gaps or low fold areas with a reduced offset/azimuth distribution can occur within a dataset. Receiver infill stations, however, can effectively mitigate these restrictions by filling empty bins, increasing trace density, and improving offset/azimuth distributions.

The authors would like to thank OptiSeis, Explor, SAExploration, Absolute Imaging, and AltaLIS for their contributions and consent to share this paper. This paper includes material © KARI 2011, Distribution Spot Image S.A., France, available from DigitalGlobe.

Keith Millis, VP Operations at OptiSeis Solutions Ltd. obtained a B. Sc. in Geophysics and a B. A. in Economics from the University of Calgary in 2003. After working at Devon Canada in seismic interpretation, he developed an interest in seismic acquisition and became a seismic survey designer at BJV Exploration. In order to further his passion for accurate seismic imaging, Keith joined two other partners to form OptiSeis Solutions Ltd. in 2011 and has actively pursued seismic imaging improvements through innovative acquisition design and surface survey modeling. As an active member of the APEGA, CSEG, and SEG, he has presented at several CSEG conventions and contributed extensively to CSEG-Foundation Outreach.

Andrea Crook, Chief Geophysicist at OptiSeis Solutions Ltd. graduated from the University of Manitoba in 2002 with a B. Sc. in Geophysics. She began her career as a seismic processor at Shell Canada and later moved into the Geophysical Operations group where she honed her survey design skills and worked on many experimental seismic acquisition projects. Building on the knowledge she gained at Shell, in 2008 she joined RPS Boyd PetroSearch and consulted on a variety of seismic programs. In 2011, she was instrumental in the formation of OptiSeis Solutions Ltd. In her current role she is responsible for designing, implementing, and ensuring quality control on numerous seismic surveys worldwide. She is a member of APEGA, CSEG and SEG. 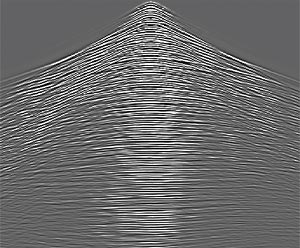 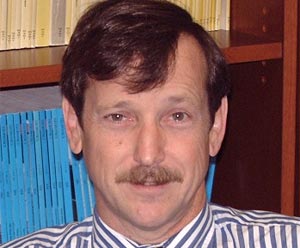 An introduction to this special section: Seismic acquisition