Dan Hampson began his career in Geophysics in 1976 with Veritas Seismic Processors Ltd., after receiving his M.Sc. in physics from McMaster University in Hamilton. He worked with Veritas up until 1987 as a seismic data processor, research manager, and Vice President of Research. In 1987, Dan teamed up with Brian Russell to form Hampson-Russell Software Services Ltd., of which he is currently President.

Dan has been a CSEG member since 1977, and has served the society in a wide range of capacities. Dan was CSEG Journal Editor from 1982-1984, second Vice President in 1986, Chairman of the Technical Committee for the 1991 Convention and General Chairman for the 1993 Convention, as well as first Vice President in 1995. Dan has delivered a number of technical papers at CSEG Conventions and received best paper awards in 1982 and 1987. He has published several papers in the CSEG Journal, and delivered a technical luncheon talk in 1988. In 1991, Dan received the Meritorious Service Award from the CSEG.

As President, Dan will use the experience he has gained to ensure that the CSEG continues its tradition of providing outstanding technical support and information to its members.

Robert R. Stewart graduated from the University of Toronto in 1978 with a B.Sc. in physics and mathematics and with a Ph.D. in geophysics from the Massachusetts Institute of Technology in 1983. He has been employed with the Chevron Oil Field Research Company in LaHabra, California, Arco Exploration and Production Research Centre in Dallas, Texas, and Veritas Software Ltd., Calgary.

Since 1987 Rob has been a professor of geophysics at the University of Calgary and holds the Chair in Exploration Geophysics. He is the director of the CREWES Project, an industry-university consortium studying advanced seismic methods in exploration. The CREWES Project was honoured with APEGGA's Achievement Award in 1993.

Rob hopes to be able to serve the CSEG further and continue to promote the science and profession of geophysics.

John received his Ph.D. in Oceanography in 1977 from the MIT/Woods Hole Oceanographic Institution Joint Program. He taught geophysics and geology at Dalhousie University in Halifax from 1976-1978. John joined Petro-Canada in 1978, where he worked in Gravity/Magnetics, International and Western Canada exploration through 1990. John then teamed up with Andreas Cordsen to start Geophysical Exploration & Development Corporation (GEDCO), where he is currently a Managing Partner.

If elected, John will use his wide ranging technical background and practical experience to ensure that the CSEG continues its technical excellence in all endeavors, particularly the convention, the technical luncheons and the Recorder. John's close contacts with many groups will facilitate closer communication with the SEG as we build towards the SEG Convention in Calgary the year 2000.

Larry graduated from the University of Saskatchewan in 1972 with a B.Sc. in Geophysics. He was a seismic interpreter with Hudson's Bay Oil and Gas from 1972 to 1982. In 1982 he joined Canterra Energy Ltd. (now Husky Oil Operations Ltd.) as a seismic interpreter. Since 1986 he has been working in the E&P Geophysical Technology Group.

Peter has B.Sc. and M.Sc. degrees (physics) plus a B.A. in philosophy from the University of Toronto. He began his geophysics career with Chevron in Calgary and in LaHabra, California, and then obtained his Ph.D. in geophysics from Cambridge University, England. He went to Pulsonic Geophysical Ltd. in 1988 as Senior Research Geophysicist, and is presently Manager of Geophysical Research.

Peter has presented or co-authored several papers at CSEG and SEG meetings on various topics to do with seismic data processing, and has published several papers in this area. In 1994 he lectured at the University of Calgary on 3-D seismic analysis. He served on the Technical Committee for CSEG convention for three years (1991,92,93) and was chairman of that committee in 1993. He organized workshops on the topics of AVO, complex imaging and phase for those conventions. He is presently on the Technical Committee for next year's SEG meeting in Denver. Peter is a member of the CSEG, SEG, EAGE, APEGGA and the CGU. If elected, Peter will do his best to continue the tradition of obtaining stimulating and relevant speakers for our luncheons.

Peter McCann graduated from the University of Glasgow, Scotland, in 1975, with a B.Sc. degree in Mechanical Engineering. He was employed by the Dowell Division of Schlumberger, from 1975 until 1989, initially in a variety of operating roles in Africa and the U.S. and subsequently in senior management positions in the Far East, Middle East and Europe. Moving to Canada in 1989, he managed operations out of Grande Prairie and Whitecourt for the Canadian Division of the same company. In 1990, he became General Manager of Tomotechnology Inc. (a company partially owned by the Kestreldata N.V. group of companies) who where attempting to commercialise the use of X-Ray tomography for routine core analysis. In 1991, Tomotechnology Inc.' s operations were merged with those of the Canadian affiliate of Kestreldata N.V. group, Kestrel Data Ltd., at which time Peter accepted the position of President and General Manager of the combined operatIons.

Peter has been active on CSEG sub-committees serving on the Sponsorship Sub-Committee of the CSEG Convention (in 1992), chairing this same Sub-Committee (in 1993) and serving as chairman of the Exhibits Sub-Committee for the 1995 Convention.

Kathleen graduated from the University of Western Ontario with an H.B.Sc. in Geophysics in 1983. She has since worked at Texaco Canada Resources as a Geophysicist, Conoco Canada Ltd. as Staff Geophysicist and is presently Senior Geophysicist at Ulster Petroleum Ltd. She is currently a member of the CSEG, APEGGA and has most recently been involved with AWES (an APEGGA affiliate) as an events coordinator. Kathleen has also been active with the United Way Campaign in the past and is actively fundraising for local community charities at present.

Michael has been an active member of the CSEG for over 9 years and has previously served the society in various support roles for the annual convention and several special events. He is also an active member of the SEG and APEGGA and in the past held several committee positions with the latter. His primary goal in serving the society as secretary will be to continue the high level of support the CSEG provides its membership and to encourage greater inter-disciplinary transfer of geophysical science to other professions within the petroleum and exploration industries.

Michael received his B.Sc. in Engineering from the University of Calgary and has recently completed a graduate degree in Economics with specialization in petroleum and international trade. His geophysical career started in the late 1970's when he worked with Beaver Geophysical and Kenting Exploration in a variety of field positions. After completing his B.Sc. he worked as an engineer for drilling and well-logging firms until he joined Home Oil Company as a geophysicist in 1985. In 1990 he continued his geophysical career as a consultant and has worked across Canada with numerous oil and gas explorers including LASMO Nova Scotia, Bow Valley Energy, and several junior firms with responsibilities in exploration, development and production operations. He was appointed Vice President Exploration of a Calgary-based junior oil company in 1993 and recently left this position to complete his academic studies and pursue other exploration opportunities. He is actively integrating his geophysical and economic skills with the challenge of finding and producing oil and gas in today's business environment.

Derek received his B.Sc. in Geophysics from the University of Alberta in 1988. After graduation he worked with Mobil Oil Canada until 1991 when he transferred overseas to Mobil Exploration and Production Services Inc. for a one year assignment with several European affiliates. He returned to an Exploration group (N.E.B.C.) for Mobil Oil Canada in 1992. In 1994 Derek joined Discovery West Corp. where he is currently employed.

Cathy Martin graduated from the University of Waterloo with a B.Sc. in physics in 1976. She then received her Bachelor of Education from the University of Toronto in 1977 and taught high school math and physics in southern Ontario for the next two years. In 1979, she saw the light and moved west to join Amoco Canada and start a new career in geophysics. In 1984, Cathy moved to Merland Explorations (which became North Canadian Oils in 1987) where she contributed to NCO's exploration success for over 10 years. She is now Senior Geophysicist with Chancellor Energy.

A CSEG member for 15 years, Cathy is also a member of CSPG, SEG and APEGGA. Previous council experience includes serving for five years on the executive of a community theatre group in many roles including Treasurer and President. She has also been involved with volunteer fundraising for the SPCA. If elected, Cathy will use the knowledge gained in her part-time MBA studies to maintain a high level of accountability in the position of Treasurer.

Cam began his geophysical career as a field operator with Sonics Exploration. In 1988 he graduated from the University of Regina with a B.Sc. in Geophysics. He has worked as an exploration geophysicist for several companies including Boyd Exploration Consultants and is currently at Canadian 88 Energy Corp.

Cam has served on the CSEG Convention committees for 1992, 1993 and 1994 and is looking forward to working for you on the 1996 CSEG Executive committee. 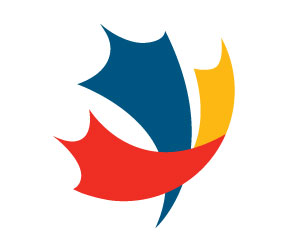