Western University has partnered with the Natural Sciences and Engineering Research Council of Canada and Industry partners TransAlta and Nanometrics in the initiation of a 5-year, $3.5 million multi-institutional collaborative research program on Induced Seismicity Processes and Hazards (2014 to 2019). Collaborating institutions include the University of Calgary, the University of Alberta, the Alberta Geological Survey and the Geological Survey of Canada (Pacific Geoscience Centre). For a full list of participants, along with a program overview and emerging program results, the reader is invited to visit the program website at www.inducedseismicity.ca.

Induced seismicity is the occurrence of earthquakes that are triggered by industrial processes including energy technologies, mining, and reservoir impoundment. The phenomenon has been recognized for more than a century, but only recently has induced seismicity become a pressing global problem - with major economic and safety implications. Improvements in hydraulic fracturing and horizontal drilling have unlocked tight reservoirs around the world, ushering in a new oil and gas boom and in the process reshaping the North American economy. The rise in the unconventional production of oil and gas has been coupled with a dramatic increase in seismicity rates in some locations. In the central United States, the rate of M3 and larger earthquakes has increased from a long-term average of 21 such earthquakes per year between 1970 and 2000, to 31 per year during 2000-2008, to 151 per year since 2008 (Ellsworth, 2013). The annual rate of events of M>3, per unit area, is now greater in Oklahoma than in California (Keranen et al., 2014). The increase in seismicity has occurred in areas of enhanced hydrocarbon production, with much of it being related to disposal at depth of production-related fluids. Some induced events have been surprisingly large (M>5.5), causing damage and significant concern (e.g. McGarr, 1991; Horton, 2012; Keranen et al., 2013).

Induced seismicity is a pressing and timely problem in western Canada, given the rapid deployment of new resource extraction technologies and the growing realization of their potential to trigger unplanned seismic events. There is a history of moderate triggered seismicity in Alberta from conventional resource activities, in particular with regards to the Strachan field (near Rocky Mountain House, Alberta), which has triggered events of M>4 (Baranova et al.,1999). In B.C., there have been several clusters of seismicity believed to be triggered by wastewater disposal, as well as a series of earthquakes of M 3 to 4 that were triggered by hydraulic fracturing in the Horn River Basin (B.C. Oil and Gas Commission, 2012). Similar clusters of triggered events have been observed in Alberta, with the most recent being a series of events of M 2 to 3 triggered by hydraulic fracturing in the Crooked Lake region. The likelihood and maximum size of events that might be triggered in various regions due to various activities is not yet known, though in general it is observed that deep disposal of fluids tends to be associated with more seismicity, and larger events, in comparison to other activities. The most extreme example of large triggered events is a series of three M~7 events that occurred near the Gazli gas field (USSR) in the 1970s and 80s, in an area that had previously been aseismic (Simpson and Leith, 1985; Grasso, 1992). It is the aim of our research program to better understand induced-seismicity processes, so that we can provide the scientific and knowledge foundation that will allow us to adequately assess the seismic hazard arising from induced seismicity.

The basic mechanism of induced seismicity is widely agreed-upon: it is caused by a change in pore fluid pressure and/or a change in the state of stress, which may cause re-activation of existing faults or fractures. However, we are not currently able to predict the likelihood or magnitude of such events from specific planned operations, because we do not have sufficient data on the complex natural rock systems, nor do we have validated predictive models (U.S. NRC, 2012). Without a validated quantitative model with which to evaluate the likelihood of induced seismicity, it is difficult to assess its significance and plan appropriate mitigation strategies to counter the risk.

A fundamental difficulty in assessing the likelihood of induced seismicity is the lack of sufficient regional information concerning the relationship between energy technologies and seismicity. In Alberta, study of this relationship has been hampered by the sparseness of regional seismic monitoring. Seismographic stations are typically spaced hundreds of km apart, and thus events are poorly located; the overall location accuracy of the national network in Alberta (as of 2013) is ~10km. This means that events cannot be confidently correlated with the structures on which they are occurring. Furthermore, the magnitude threshold for detection is high in many areas (M>3), leading to sparse statistics with inadequate resolution. Enhanced monitoring is thus a critical pre-requisite to evaluating and managing the risk, and a key platform of our research program.

A backbone of the research program is improvement to regional seismographic monitoring, to provide baseline seismographic data to inform the studies. A new real-time seismographic network is being operated by Nanometrics in Alberta as of Sept. 2013, with funding from TransAlta; operational funding is also provided by the Brazeau Oil and Gas Operators Committee for some of the stations. The new stations, as of May 2014, are shown in Figure 1, along with regional seismicity; all stations are observatory-quality state-of-the-art three-component broadband seismographs reporting their data in real-time to the Nanometrics data centre in Ottawa, via cellular communications links. These stations augment the sparse real-time coverage by the national network operated by the Geological Survey of Canada. There are also stations operated in the region by the Alberta Geological Survey, the University of Alberta and the University of Calgary (some of which are being installed the summer of 2014), and additional stations are being added as operators join the information network. Coordination between the research partners ensures that the data from all public stations is available to maximize their research benefits, and avoids duplication of effort in placing and operating stations. Additional contributing partners are encouraged to contact the first author (gmatkinson@aol.com) if willing to support new stations in the network in a region of interest. The network provides a worldclass public-domain seismographic dataset with which to characterize and understand induced seismicity; it is hoped that this network will continue to grow with time.

With the new network in place, we have a detection/location threshold of M1 to M2 across a broad region (varying with network density), and locate hundreds of events/year in the area, to a location accuracy of 500m to 1km. We are mining the data being collected to improve our understanding of induced seismicity processes and seismic hazards due to induced seismicity. Topics being addressed include:

This integrated research program will provide a knowledge-based foundation for the development of practical models to evaluate and mitigate the risk to critical infrastructure posed by energy extraction technologies. Results and publications arising from the research program will be published on the project website as they become available, and presented at a number of conference venues.

Gail Atkinson, Professor of Geophysics at University of Western Ontario, and NSERC/ TransAlta/Nanometics Industrial Research Chair in Hazards from Induced Seismicity, has devoted her career to working at the engineering-seismology interface. She has authored 180 research articles on the subjects of earthquake ground motions and seismic hazards; among these are well-known prediction equations for ground-motion amplitudes as a function of magnitude and distance that have been used earthquake hazard and risk assessments around the world. She has been responsible for seismic hazard analyses for dozens of major engineering projects, and participates in committees responsible for developing seismic design regulations for buildings and critical structures such as dams and nuclear power plants. Professor Atkinson has served as President of the Seismological Society of America (2001-2003) and President of the Canadian Geophysical Union (2011-2013), and currently serves as Chair of the Advisory Council for the Southern California Earthquake Center. 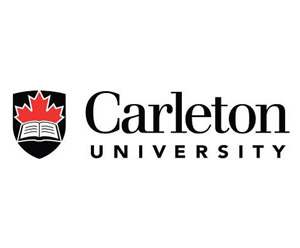