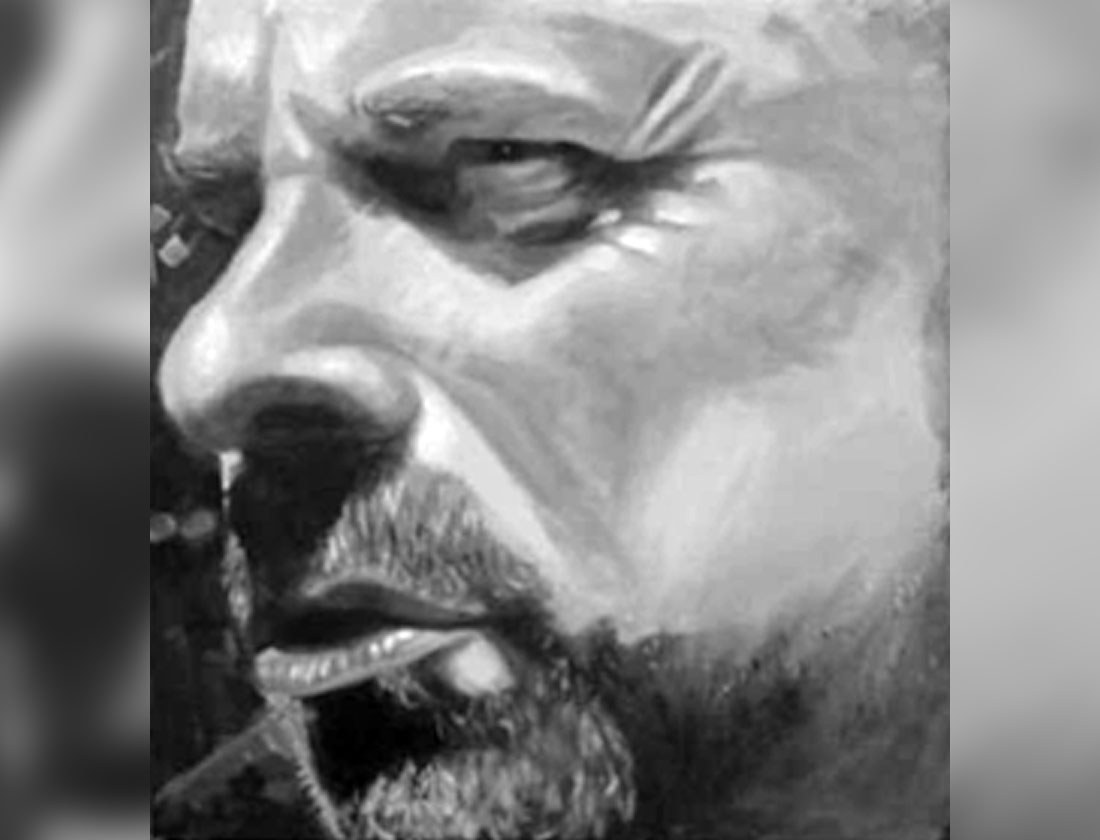 John Logel is a Geophysical Consultant to various organizations as a mentor/teacher and prospect reviewer. John’s previous positions were as Chief Geoscientist North Sea for Talisman Energy Norge/UK in Aberdeen Scotland, the Lead geophysicist in Norway, and Senior Geoscience Advisor for North American Operations in Calgary, AB. Prior to Talisman, He has held several technical management and advising positions with Anadarko Canada, and Petro-Canada in Calgary and before that worked 19 years for Mobil in numerous assignments in Europe and North America. John has over 32 Years of experience in the industry, and has worked on the discovery, delineation and development of several giant, world-class oil and gas fields throughout the world.

His interests are in reservoir prediction and characterization from seismic data, understanding and quantifying risk. His latest emphasis has been in the adaptation of geophysical techniques to better understand, predict and exploit unconventional reservoirs effectively. He enthusiastically teaches and loves to develop technology and encourage professional growth. John is a professional Geophysicist and holds a BS and MS from the University of Iowa. He is a member of SEG, CSEG, APEGA, and AAPG. John has held several positions with the CSEG and the SEG, on technical committees, curriculum committee for the doodletrain, several session chair positions at the conventions, and positions on the International showcase. John has authored or co-authored over 50 professional papers. He also teaches professional development courses for Petroskills in basic geophysics and AVO, Inversion and Attributes.

On a personal side, John is active in his children’s school, and baseball clubs. He enjoys skiing, motor biking and bicycling in his spare time.

In today’s world of immediate and abundant information, it is easy to forget that geophysics is a specialized and complicated discipline that requires years of learning and understanding. It combines the sciences of mathematics and physics with the art of geology. This unique combination of left and right brain functions, along with the enthusiasm common in our field, can lead to very detailed, elaborate, sophisticated, and sometimes contorted explanations. We too often feel it is important to explain every detail and every equation, right from the fundamentals of our science. But sadly we can be misunderstood or, worse, not heard. By failing to pass on some of the elegance and beauty of it, we fail our science.

In our earliest math classes we learn to simplify. Fractions, algebraic equations, multiple equations, unknowns, and complicated word problems about trains and other physical features become more understandable and usable as we simplify them. Even matrix complexity can usually be reduced to very simple expressions.

One of the first lessons I learned in the oil business was from a supervisor named Tim Williams. After I tried to explain the then-young concepts of AVO, he told me, ‘A lot of this technology isn’t worth a damn, if you can’t explain it simply.’ I set out at that point to force myself to simplify.

Simplifying is not as easy as it sounds. You have to become quite involved in the science and mathematics of the process. You must fully comprehend and know the strengths, weaknesses, and assumptions of the process or theory, and then you have to break it into individual elements that are explainable through everyday occurrences or objects.

One way to simplify an idea is with an analogy. Some of my favourite geoscience simplifications are:

When you simplify any theory, concept, or geologic process, you make your ideas easier to understand, more engaging, and more memorable, too.

As you simplify your life, the laws of the universe will be simpler; solitude will not be solitude, poverty will not be poverty, nor weakness weakness.
HENRY DAVID THOREAU

Simplifying does not just apply to science or to math but relates to everything we do. Making our lives simpler has the same effect. Things become easier to understand and more believable. People relate to you better and more often turn to you for help, advice, and guidance. Some of the best leaders demonstrate this ability. The best way we can represent our science and ourselves is to simplify everything.

John, in your article you touch upon a very interesting aspect of learning in that if the concepts of science that we practice are explained in a simple way, they can be grasped easily by the listeners. I am reminded of how I used to grapple with the concept of probability in high school and would try and reason it out myself in terms of simple examples. While you suggest it should be done, let me begin by asking, how much do you think is being done in our industry, or in the academia?

I am very impressed by how this is improving all the time. If you look at the Kahn Academy, Agile Geoscience and other online resources there are thousands of very practical and simple examples of science in action. Good TV shows like Big History and others explain the evolution of the earth, geologic processes and even quantum mechanics to the mass in very simple and easy to understand methods. This is all a Big Step Forward.

Some recent research work cautions about the hazards of simplification in science. It suggests that everyone may not be qualified to be engaged in the simplification of scientific concepts and that it should be practiced by only those who have mastered those concepts and know what they are talking about. Your comments?

There are several points in that question, some I strongly disagree with and some I agree with... I'm not sure there are hazards of simplifying science. If a person, a class or a generation can have a greater understanding of science we are all the better, (even if the simplification is... "simplified"). The point I agree with is the depth and breadth, of understanding of a subject to actually simplify, is crucial. I find it fascinating to have someone outside of our science ask for deep explanation. They tend to dig deep and not be afraid to ask "the obvious". We commonly brush over things that we use everyday, but may not fully grasp.

Along the same line, at occasional presentations made at Conventions or Workshops, you may have witnessed the presenters say that they came up with their results, and that they are the only possible answers and so are correct. In contrast, an expert would probably say something like ‘this is our perspective and is one way of arriving at the conclusion we have’. How would you categorize the former type of presentation? Unscientific?

Arrogant, technically stifling and a bit dangerous. Science also includes uncertainty and it exists heavily in our science and everyday life. I'm reminded by two sayings. "You don't know what you don't know" and "The older I get the more I realize how much I don't know," I think the view first definitive statement leads to complacency and credulousness and stifles experimentation and creativity. Plate tectonics is a good example of this, as well as evolution and even some new technologies coming in our own science.

Einstein once said "If you cannot explain something simply, you don’t understand it well." This is in line with what your supervisor said to you. Could you elaborate on this?

I would have to agree. Einstein worked with some of the smartest people of the time, but it took his simple explanation to get backing. The exact same point can be made by Tesla and Edison when it came to electricity. In most cases decision makers don't have the depth and breadth of knowledge of that of an expert, so must be educated and "sold" on the concept.

For encouraging simple and clear writing, which is very important for technical communication, there is another school of thought, which says, "Don’t simplify the science, simplify the writing." Would you agree?

I would agree, depending on the audience. A technical/peer reviewed journal audience is different from an industry or broad science audience. I think we see that in the inception and popularity of the Interpretation Journal from the SEG/AAPG. I learned a louder mantra in Uni and that was "Write to inform, not to impress." That tends to lead you down the same path.

One simple way to simplify a concept would be to break it down into smaller essentials, which are easy to understand and then execute it. Could you suggest some other ‘recipes’ for simplification of scientific ideas?

I like that method, but I prefer the analogue. I prefer to start the concept in everyday situations and easily visualized. Then expand out from that. A hybrid is to break something into smaller essentials and analogue them. In Brian Russell's article, the discussion of Math was paramount, but Math is like a foreign language to a lot of people and can tend to alienate them. It is the solid basis of most of the scientific community, but is either understood or confusing, not much in between. Following on from that, I know in my own head, when I see an integral sign, a matrix symbol or other math operation, I instinctively visualize what it is doing. So the key is to get that visualization across.

John, sometimes it is said that experts are more persuasive when they are less certain. Do you agree? Could you elaborate on this?

I have to strongly agree, if you look at some of the greatest scientific breakthroughs (electricity, flight, DNA, transplants, autos etc) most of the dominant investigators were not that arrogantly certain. The ability to get your point across, know, and point out their weaknesses and still demonstrate passion and conviction is powerful.

Let me turn to geophysics here: what do you think are the three most important unresolved problems in geophysics? Sometimes it is interesting to ask bold and open-ended questions.

Well, let me see... I guess I still have to point out our greatest panacea, resolution. We have made great leaps with new acquisition methods, and pre- and post-stack algorithms but we are still working at macroscales. I'll follow that by perfect velocity determination. If we can understand and measure this field, we go a long way to much better images. Finally these items coming with a fast and less intense footprint, I guess I mean remotely.

Again on a different note, permit me to ask this: what differences did you notice when you turned 30 years, 40 years, and 50 years old, and then at present? As an example, some people think 30s allowed them to experiment with options, 40s gave them time for self-introspection or naughty at 40, and so on. Your comments?

Wow, that's deep for a geophysics journal! I feel that as I got older, I not only got more comfortable with myself, but with the science, and also the world has caught up on its interest in science. To be concise... 30, I was blindly technically arrogant; 40, I was technically tenacious; 50, I was technically confident and relaxed.