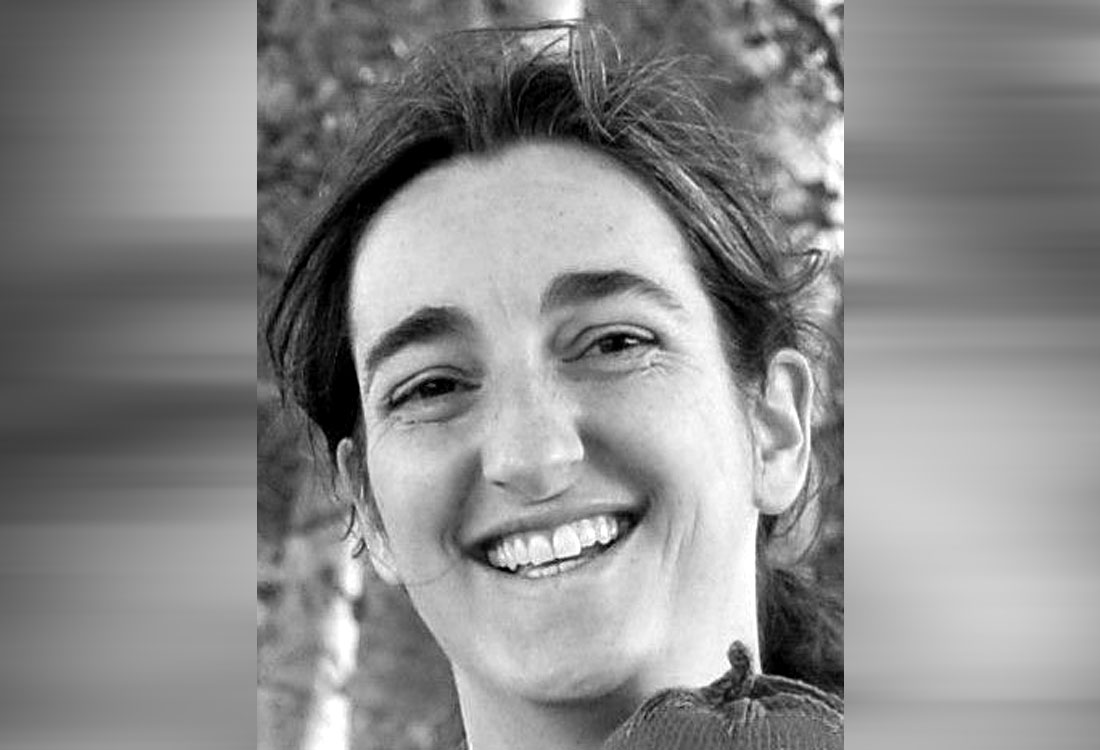 Clare Bond is a structural geologist at the University of Aberdeen. She graduated from the University of Leeds and went on to complete a PhD at Edinburgh University. Clare then worked in geological conservation and policy roles in a range of fields before taking a research position co-hosted by the University of Glasgow and Midland Valley Exploration. She worked full-time for Midland Valley, working on consulting projects worldwide and leading their knowledge centre and R&D initiatives. Clare’s research interests include uncertainty in seismic interpretation, and fault and fracture influence on sub-surface reservoirs. Having worked in both academia and industry she enjoys interdisciplinary research and has collaborated with social scientists, psychologists, and modellers.

Sometimes Heuristics Can Set Us on Completely the Wrong Track, and… It is Hard to Turn Around.

Consider the data used to produce a seismic image. It has a limited resolution, like any remotely sensed data, and an inherent uncertainty. In fact each element in the process from seismic acquisition to processing has associated decisions that narrow the potential conceptual interpretations that are most likely for the dataset. For example, the type of acquisition chosen may be influenced by, amongst other things, the terrain, economics, and practicalities, but also by the depth and structural style of the target. The processing also leaves its imprint, with the chosen parameters having a direct impact on the features highlighted in the final seismic image. These non-economic and practical decisions are based on prior knowledge that itself has differing levels of certainty, or uncertainty.

On top of this uncertainty in the data is the influence of human bias at the interpretation stage. Humans are prone to using heuristics (rules of thumb) that allow the processing of large volumes of complicated data quickly — cunning short-cuts. They are very powerful, but not always correct. For example, imagine listening to a telephone conversation at the far end of an open-plan office; from the snippets heard it is possible to use these to construct the full conversation. Or at least the conversation expected based on the elements heard and any other prior knowledge you can bring into play (such as person X has just split-up with person Y). When we interpret we use all our prior knowledge consciously or sub-consciously to help us: the geographical location, first-hand knowledge of the tectonic or sedimentary regime, and second-hand knowledge from papers and books, or what others have said. This prior knowledge helps us to fill in the ‘holes’ in the data presented to us, it helps filter all the possible concepts to those that are most likely. We use it to focus on the elements of the data that are most important to confirm the concepts in our heads.

But sometimes heuristics can set us on completely the wrong track, and once heading in the wrong direction it is hard to turn around. Some of the human biases that can affect interpretational outcome and our ability to use heuristics effectively are:

Krueger, J I, and D C Funder (2004). Towards a balanced social psychology: Causes, consequences and cures for the problem-seeking behaviour and cognition. Behavioural and Brain Sciences 27, 313–327.

In your article, you have coined the term ‘evolutionary’ thought processes and talk about following them to understand the geometric evolution of geology over time. This sounds very convincing. In your opinion, is this being practiced in our industry, and if yes, have you seen benefits accruing from it?

It is practiced in industry, but not as part of a normal workflow, only in special cases where uncertainty, particularly in structural interpretation, is identified. In these cases specialist software is used to restore or forward model the geometries to check for consistency, often with beneficial outcomes and revised models. I guess I was advocating that it should be used more generally, either by the use of ‘formal’ structural restoration and forward modelling tests or as a simple pen and paper exercise – can you draw a cartoon of how the geology evolved through time?

Yes, the interpretation that a seismic interpreter makes should make sense and be geologically plausible. For this you suggest making sure the picks that are made make sense. Could you elaborate on this?

It’s very easy to follow amplitudes etc. and get embedded in the detail of the seismic data, but not to ‘step back’ and look at the big picture. I can think of many examples where interpretation in this way leads to models that aren’t plausible. For example throw across a dip-slip fault varies in an inconsistent manner with depth, which is just not physically possible. Or that interpretations of serial sections show radically different crustal stretching factors, with no evidence of how such changes in stretching might be accommodated between the sections.

Thinking about how the geology evolves through time is just one plausibility check.

Yes, I believe anchoring to models or concepts plays a significant role in interpretation outcome. Most people also find it hard to create multiple models for the same dataset, as once they have made a model they find it hard to ‘move away’ from this model. As you point out, once humans are involved nothing is objective, but strategies and workflows can be put in place to try and account for human biases and hence minimise the risks resulting from them.

Due to the uncertainty that is inherent in the seismic data (acquisition, processing, etc.) being interpreted, it is a good idea to bring attention to it, but it would be really beneficial to demonstrate this with case studies. Once this is demonstrated on real data examples, others will start following in on them. Do you agree? How do you think this could be made practical?

I have published some case studies that demonstrate the impact of interpretational uncertainty on model outcome and have an ongoing research programme in this area. I think people are becoming more aware of the issues because of the research undertaken and published. As with any area of commercial sensitivity companies are unlikely to highlight their mistakes, but there is lots of potential to run experiments mimicking industry workflows on datasets to demonstrate the impact of different biases.

One way of reducing uncertainty in seismic interpretation could be by integrating different types and kinds of data. By types here I refer to the data that are derived from the seismic data such as attributes, etc., and by kind I refer to data from boreholes, rock physics, etc., or different disciplines. How much do think these steps help in reducing the uncertainty?

I have a paper due out later this year in a special publication of the Geological Society of London that looks at the differences in interpretation of a borehole dataset and seismic dataset for the same geology. The work has raised some interesting questions about different datasets and working practices in interpreting these. Obviously the more data you have the more constrained the problem is, so the potential uncertainty space should decrease, although confidence in a favourite model may increase! In some cases information from a particular borehole maybe highly significant in decreasing uncertainty, in other cases not.

How is it possible to quantify uncertainty in seismic interpretation, and then devise ways to reduce it?

One workflow that I suggested in my 2008 FirstBreak paper was that multiple interpretations of a single dataset should be made by different individuals. In this way the potential uncertainty space in terms of plausible models, and spatial variances in the predicted location of features (e.g. faults, horizons etc.) may be determined. This is not to say that the whole uncertainty space will be characterised, but it at least attempts to quantify/acknowledge the potential range of uncertainty. The generated models can then be tested for plausibility in an attempt to reduce the range/uncertainty space.

Yes, see my answer to your previous question regarding decreasing uncertainty. Is it ever done? Not very often, although companies are beginning to consider it, looking at the implications of different deterministic models on stochastic outcomes.

What, in your opinion, is the influence of software on seismic interpretation?

I think software development is critical to changing how we complete seismic interpretation in industry. At the moment it is designed for an individuals to create an interpretation in isolation on a computer screen, often with the seismic image vertically exaggerated. All these element contradict the evidence for best practice that has come out of our experiments.

On a lighter note, Clare, according to a survey carried out in the UK some time back, the happiest people are children (3-8 years) and older individuals (68+ years). What does this tell you? Even if we think we are happy at present, would you take it that we will be happier when we retire, or does it tell you something else?

Tee hee... You’ve caught me out there. My three-year-old does seem pretty happy with life! She has lots of creative freedom to play and explore and is not shackled by too many expectations, or a feeling of time pressure. Perhaps this is my opportunity to promote more time for creative thinking space in the workplace? The ‘fathers’ of research into human biases, Tverskey and Khaneman, used to take a walk and chat about research, developing ideas and experiments. We should perhaps take a lead from them and get out of the office more. Of course geologists have the perfect excuse – fieldwork, and I write this on my iPad in the far NW Highlands of Scotland surrounded by Lewisian gneiss, some of the oldest rocks on the planet with lots to get me thinking about.