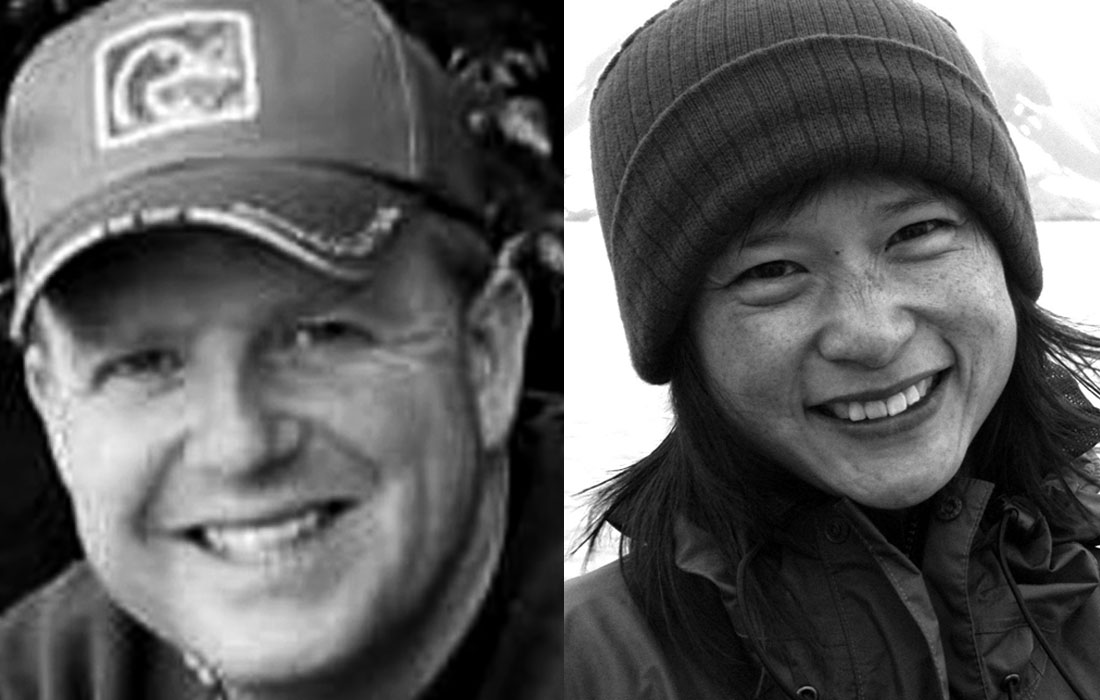 Alex Cullum has a BSc in geology and a PhD in paleontology from the University of Aberystwyth, Wales. In 1996 he started work at IKU SINTEF in Trondheim, Norway, and since 1997 has worked in exploration for Statoil in Stavanger, Norway. He is currently working with the Statoil Biostratigraphy team.

Linn Margareth Johansen graduated from the University of Bergen with an MSc in marine geology and micropaleontology. She has worked at Statoil since then and is currently a team leader in biostratigraphy in Stavanger, Norway.

The world around us has not always been as we see it today. For example, it is estimated that over 99 percent of all known species are extinct (Newman and Palmer 2003). Humans live a relatively short life, so it is hard for us to conceptualize the processes that are at work on a geological timescale. Tectonics, volcanism, erosion, redeposition, meteor impacts, cycles of orbital fluctuation, and changes in radiation from the sun all affect the atmosphere, oceans, and other global systems at a range of timescales. Life on the planet has always had its form, behaviour, abundance, and distribution delineated by these global and extraterrestrial forces. Together with evolution these forces drive a turnover in the species living on the planet through inception and extinction.

Microfossil data from samples taken through sedimentary successions clearly show the evolution, extinction, and abundance changes of species through geological time. The evolution and extinction of a species does not directly provide an absolute age in millions of years, but occurs at the same point in time in datasets from other wells or outcrops. Fossil events and zones created from these can be used to subdivide and correlate stratigraphy between datasets. Models of geological time and stratigraphy (Gradstein et al. 2004; Ogg et al. 2008) allow biostratigraphic events and subdivisions to be aligned with absolute time.

While working with seismic cross sections seek out biostratigraphic information and plot it at well locations to aid interpretation. The stratigraphic units, ties, picks, and attributes identified on seismic may be relatively isochronous within the study area, in which case the biostratigraphy can be used as a quality check of the model being built. If the biostratigraphy shows that units are crossing time, then the extent to which this fits existing models and sequence stratigraphic simulations should be considered. Significant age differences where a seismic tie passes through a pair of wells might indicate that mis-ties have occurred. In such cases faults or unconformities might lie between the well locations, not yet resolved or observed in the seismic image.

Biostratigraphic analysis can be used to provide an independent interpretation of the depositional environment, water depth, and relative distance from land. This can be a useful input to those predicting rock types (for example source rocks) from seismic data. Significant shifts in environment over short distances might indicate mis-ties or exceptional depositional settings.

With enough data, a log of geological age can be plotted against depth at well locations and overlain on seismic sections. Jumps in this log represent unconformities or faults which might otherwise not be apparent. When depth is on the vertical axis, the slope of this graph is proportional to sedimentation rate, low gradients on the plot representing low rates of sedimentation. Biostratigraphy can deliver important insights before, during, and after drilling but like seismic interpretation, larger programs of analysis can take time. We suggest you instigate these projects as early as possible to ensure that results are available when you need them.

Yes, a shale might contain species that lived in deeper water settings and planktonic forms, while a limestone might contain shallow water and probably warmer water species. Shelf deposits might also include a proportion of things transported in from the land. Shale’s are more typically distal, containing fewer land derived species or only those that are very easily dispersed such as bisaccate pollen. The key is having marker species for time that are both present for only a short period of time and that occur in a wide range of environments. Other species might be more useful for showing environments.

Biostratigraphic calibrations help with the identification of sequence boundaries, which in turn leads to a better understanding of source rocks, seals, migration pathways, reservoirs and facies distribution. Is this work commonly carried out in virgin areas only? I guess once it is done in an area, it could be extrapolated to adjacent areas. Could you please elaborate on this?

Typically biostrat analysis is undertaken on all exploration and assessment wells through much of the section. Work is then done within reservoirs and the intervals of interest on production wells where needed to maintain stratigraphic control when drilling or for building reservoir models. Biostrat can help identify potential gaps in time and these can indicate sequence boundaries, though a gap, or missing evidence carries significantly less confidence than the presence of something. Gaps can be due to wide sampling, especially in condensed sections. Biostrat is therefore better at showing maximum flooding surfaces, where the data is present to help date typically shale rich intervals. Biostrat requires data so we need to analyse rock from wells to build a correlation. Sequence strat models can be pushed beyond the biostrat calibration using sedimentology, logs and seismic.

There must be some variation in the fossils/microfossils used in biostratigraphic analysis carried out on terrestrial and marine sediments. Please tell us about these differences?

What other disciplines or stratigraphic tools are usually integrated with biostratigraphic analysis, and how does it help?

Sedimentology and ichnofacies analysis are commonly integrated with biostrat studies when cores are available. Log analysis is always helpful especially where there is no core. Chemical stratigraphy can be used to give correlatable signals when they biostrat is poor or there are no fossils. Isotope dating can also be used, but is typically not such common practice.

In sequence stratigraphy the sequence of the strata laid down in the subsurface is studied, and biostratigraphy helps with the dating of these sequences. The latter seems to be aiding the former. Are there any other differences between the two?

Biostrat requires rock samples from wells or outcrop, while the sequence strat models can be pushed out between the wells or points of data control using logs and seismic. Biostrat and other studies are therefore used to check or calibrate correlation models and seismic reflectors which exist between the wells so that these can then be followed/traced into wider areas with higher confidence.

A number of things can cause mis-ties. Logs doen’t always show the patterns you are expecting to see and it can then be very difficult to match up formations in all areas. The quality of seismic varies greatly depending on age, type and the processing done on it. Even with good data, seismic interpretation is not always easy and it can be very hard to follow some reflectors in some areas. The resolution of the seismic means that even a small mistake can cause a mis-tie of 15 – 30m in the stratigraphy.

What kinds of challenges do the biostratigraphers deal with in order to come up with accurate information that could be used in seismic interpretation?

There is also a degree of uncertainty in all analysis and sometimes this is not communicated as well as it needs to be on paper or in databases. Discussion between the disciplines is always the way to get the best out of each other’s work.

On the lighter side, Alex, Steve Jobs once said, ‘The only way to do great work is to love what you do’. Do you agree with that?

Totally. I had been away from the fossils, working as a teacher within our Exploration Academy for the last 3 years. I’m now with the biostrat team again and it’s just great to be back. I like helping and teaching people, but making a difference to exploration and active drilling projects by using the fossils is even better. Seismic is amazing, but fossils are many orders of magnitude less expensive which is always fun to point out in these cost saving times.

Do you think these words would be motivation enough for young geoscientists entering our profession?

Such great statements as “Love what you do” are great, but I just remember the fear and uncertainty of trying to match something I enjoy with the need to find something someone would actually pay me to do. I mostly feel very privileged that I have been able to work with geology, fossils and fossil data. It does not always work out for everyone, which can be very challenging especially during such financially uncertain times in many industries.