In the Athabasca oil sands, lithology and fluid composition are typically better correlated with density than with other elastic properties, such as P- and S-wave velocity. Therefore, improving the accuracy of density estimates in oil-sands reservoirs has become one of the most important goals in quantitative interpretation, which integrates seismic, well-log and geological data through deterministic or stochastic inversion methods.

In this paper, we applied three methods for density estimation to an oil-sands reservoir in the Athabasca oil sands area; specifically, these are:

Direct comparisons of estimated density, as determined using the above three methods, were made to evaluate the predictive ability of each method, and to quantitatively demonstrate the value added by P-S data. Predicted density from each method was cross-corelated with measured density logs from 113 wells; the correlation coefficients are 63% for PP-inversion, 81% for PP-PS joint inversion, approximately 90% for a step-wise regression method. Additionally, the top three of four attributes contributing to density estimates from multi-linear regression were found to be from PP-PS joint inversion. Therefore, we can conclude that the PS data has improved density estimates and thus played an important role in refining density predictions. 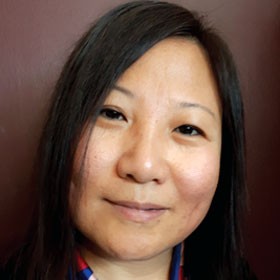 Jinling Zhang, P.Geo, M.Sc., is president and senior reservoir geophysicist at Integrated Quantitative Interpretation Ltd. (IQI) in Calgary. Her background is in computer science (B.Sc. and M.Sc.) and geophysics (M.Sc.), and she has worked in the oil industry for over 20 years as an inversion software developer, seismic data processor, and inversion expert. For the past decade, Jinling has focused on customized quantitative interpretation studies encompassing rock physics, AVO modelling, 3C-3D/4D joint inversion, and chamber predictions. 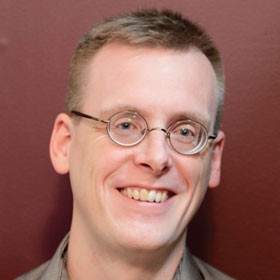 Kyle McMillan, P.Geo, M.Sc., M.B.A., J.D., is a director and senior consultant at IQI in Calgary. Kyle graduated with B.Sc. and M.Sc. degrees in geology from the University of Manitoba and has worked extensively as a geologist on oil sands projects in Alberta and mineral projects worldwide.