Geology and geophysics are each different geoscientific processes that, when combined, become key components in the search for hydrocarbon resources. Geology is an observational process whilst geophysics is a digital process. Geology proactively predicts potential reservoir locations. Geophysics massages digital data to provide a platform for the geologic depth model and the supporting maps that verify the integrity of the geologic depth model. As all drilling targets are relevant to geological depth, all final depth maps must be presented in terms of geologic depth.

The seismic time to depth conversion method in use today is, for all intents and purposes, the same method that was adopted for use nearly 100 years ago and prior to the introduction of the sonic logging tool. This same conversion process remains, remains the dominant conversion depth process. With the full approval of the geophysical industry.

Born of a need for expedience geophysics adopted a conversion process that required a key element in the process be compromised. The key element was the depth equation: Depth=Velocity*Time). For almost 100 years that particular compromise has never been fully rectified although this compromise resulted in a greater than 80% failure rate of wells drilled into the oil bearing formations of the Upper Devonian located beneath the Central Plains area of Alberta. I am told that the modern failure rate is by international colleagues they too experience, on average an 80% failure rate as well.

By compromising the mathematics of the depth equation all further processes were doomed to be compromised. In turn this led to a cascading list of geophysical shortcomings that served only to stifle and retard any proactive effort that geophysics might attempt. A list of these shortcomings follows below wherein it is indicated that the current process:

The current depth conversion method, despite its many faults is so deeply imbedded in common practice that alternate conversion methods are not being considered. All of the above shortcomings can be rectified by adopting a process similar to that published in the October, 2017 issue of the CSEG Recorder. (See Sonic Velocities and Depth conversion: https://csegrecorder.com/editions/issue/2017-10)

Originally exploration geophysics had no alternative but to apply a compromised depth conversion process because that was the only process available. An alternative method is now available that rectifies all that is inappropriate with a current process. Seismic time images (aka remote sensing) must be converted to geologic depth in the geologic depth domain rather than in the geophysical time domain. In addition, the alternative process offers the opportunity to proactively create exploration scenarios that aren’t currently available for verification such as:

One must think of the economic benefits of reducing the failure to 50% plus the added benefit of discovering production that the current system would not have resolved. Incidentally; from an environmental point of view a modernized depth conversion process will reduce the number of plugged and abandoned wells as well as the materials and fuels that were exhausted in the drilling of such wells. Updating and error ridden depth conversion to a modernized process that withstands rigorous scientific scrutiny has to benefit the environment, GHG emissions and the reputations of all exploration geophysicists. 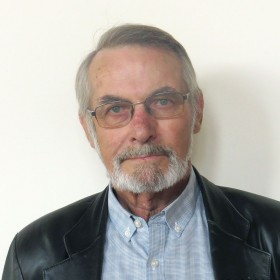