As a preview to our upcoming October 2018 RECORDER, we present this abstract.

Shallow and deep groundwater can be a major environmental obstacle for any geophysical surveying technique, especially radio waves. Ground penetrating radar (GPR) is a mature technology with applications in many areas; see Daniels (2004) for an overview. Almost all applications are restricted to imaging the subsurface to a rather shallow depth: large losses of signal occur when propagating through materials with free ions. These conductive losses are determined by the soil conductivity. However, in environments where these losses are low, the depth penetration of GPR increases dramatically, allowing imaging up to depths of several kilometres, for example, through the polar ice on Mars (Jordan et al., 2009; and Orosei et al., 2018) and Antarctica (Berthelier et al., 2005).

To extend the depth range of conventional GPR surveys, a radar-based imaging technology has been developed that measures atomic dielectric resonance (ADR) in the subsurface. ADR technology measures subsurface (i) dielectric permittivity; (ii) spectral (energy, frequency and phase); and (iii) material resonance, from ground level without physically boring the ground. ADR is a patented investigative technique (Stove, 2005) which involves the measurement and interpretation of resonant energy responses of natural or synthetic materials to the interaction of pulsed electromagnetic radio waves from materials which permit the applied energy to pass through the material. The technology can be trained on known geology to build up a reference database, which is then used to classify data collected at new locations.

ADR measurements can be presented in outputs resembling: (i) stratigraphy (like seismic imagery); (ii) information on rock characteristics (like well logs); and (iii) rock petrography (like cores). 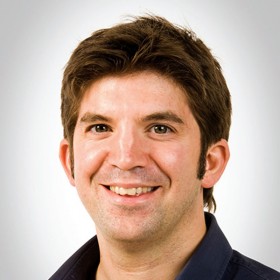 Gordon D.C. Stove has over 15 years of experience in developing and applying geoscience technologies. He is co-founder and shareholder of Adrok Ltd., and since Adrok’s inception, Gordon has managed technology developments and the company’s global services business. Gordon is a Member of the Energy Institute, PESGB, EAGE, SEG, AAPG, the Scottish Oil Club, Institute of Directors and the Caledonian Club. Gordon supports young entrepreneurs as a Business Mentor for Business Mentoring Scotland, as well as for the Prince’s Trust Youth Business Scotland. Gordon holds a BSc (Hons) in Geography from the University of Edinburgh, is a PRINCE2 Registered Practitioner and completed the School of CEOs.